Brisbane North was actually formed in 1992, being an amalgamation of Albion Church of Christ, meeting at McLennan Street Albion, and Kedron Church of Christ, meeting at the current location. The Albion church was established in 1911, and one of the churches it eventually “gave birth” to was the Kedron congregation, established in 1929 after a tent mission in the area.

Following the example of its “mother” church, Kedron also planted a congregation in 1952 to meet a need in the post-war housing development which created the virtually new suburb of Stafford, full of young families with children. The Stafford Church of Christ met in a converted Army Nissen Hut near the corner of Stafford and Trouts Roads. This church closed its doors in 1989, with most of the remaining members transferring to the Kedron church, but the original chapel still stands, in which an independent Baptist Church now worships.

As can be seen from the above, both Albion and Kedron churches experienced and ministered through the “highs and lows” of the Great Depression, World War II, and the post-war baby boom, when they grew exponentially, as suburban development spread outwards from central Brisbane. By the time amalgamation took place in 1992, Albion and Kedron had very much altered in character from being on the city fringe, to becoming inner suburbs.

As there was no need to maintain church facilities at both Albion and Kedron, the decision was made to sell the Albion property in 1997, and concentrate all worship and ministry activities at Kedron. In order to do this effectively, it was necessary to enhance the Kedron site and infrastructure, and this occurred in 2000.

Considerable upheaval took place between 2009 and 2013 while the Inner City Busway and Airport Link tunnels were constructed, necessitating the re-alignment of Gympie Road. This required the resumption of some church land, and the re-alignment bringing a busy road closer to the church buildings, however the compensation and restoration process provided some benefits in terms of enhanced landscaping and other improvements.

Brisbane North continues to look at how we can best respond to the needs within our current community, while also recognizing that change continues to take place, and that it is important to be open to the ways God may guide us into the future. 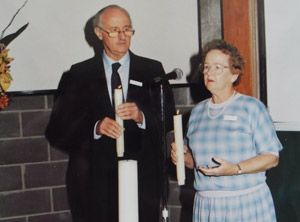 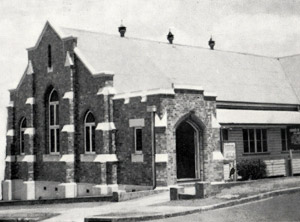